The core of SDR as a company is structural engineering. The staff at SDR are well versed and up-to-date on the latest design criteria governing structural design. Our structural designs, directly tailored to our clients’ needs, always exceed expectations by being innovative, efficient, and cost-focused.

SDR offers an assortment of services for construction support to owners and contractors, including inspection and QC/QA, product verification, condition assessment, shop drawings, and drafting.

SDR’s engineers are experienced in the design and analysis of complex bridges, including truss bridges, segmental bridges, and arch bridges. 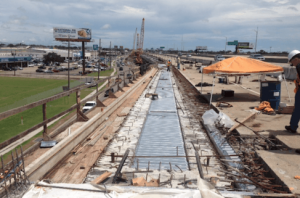 MACARTHUR INTERCHANGE US-90 BUSINESS PHASE I

The majority of today’s infrastructure is nearing the end of its service life and requires structural evaluation and repairs. SDR provides comprehensive analysis of infrastructure of any complexity, taking into consideration the key factors of safety and budget, followed by detailed evaluation reports and plans for rehabilitation. SDR’s engineers have performed hands-on inspections, condition assessments, and load rating on over 43 miles of segmental concrete bridges, 800 concrete bridges (reinforced concrete, precast pretensioned, cast-in-place post-tensioned), 140 steel bridges (plate-girder, truss, cable-stayed), and six (6) major truss bridges in the states of Florida, Louisiana, Texas, Georgia, and Massachusetts. In the last two years, SDR successfully completed the detailed evaluation, inspection and loading rating of over 200 bridges.

SDR offers services for the load rating of bridges based on inspection findings and advanced numerical modeling. We have many years of experience analyzing complex off- and on-system bridges for state DOTs and private companies. In addition, fatigue and service life analysis can supplement inspection and load rating activities based on the conditions and the nature of the bridge. SDR also provides services in reviewing load rating submittals from other companies. 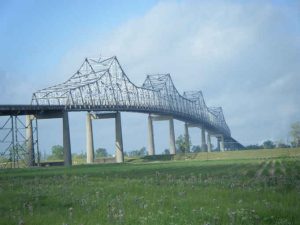 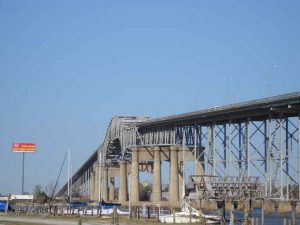 Fiber optic strain gauges (FOSG) rely purely on optics rather than electricity to measure strain, giving them the advantage of being unresponsive to electrical interference. The optical component (glass fiber or plastic fiber) of the FOSG relies on the Principle of Total Internal Reflection to ensure complete transmission of light through the optic medium. The optical method of measuring strain is unique to the manufacturer, but the result is the same: whenever light is interrupted, due to strain, sensing is achieved. Tensile strain will result in a longer travel time and inversely, compressive strain will result in a shorter travel time.

Vibrating wire strain gauges (VWSG) work on the principle of vibrations and have a wire held in tension between two end-flanges. By applying these gauges to members and then subjecting the member to forces, the distance between the end-flanges will change, hence a change in the tensioning. This change in tensioning results in an output signal. Strain is calculated by measuring the resulting frequency of the wire in tension after being subjected to an electrical pulse.

Foil strain gauges (FSG) are directly bonded to the member’s surface and are used to measure the change of resistance of a member subjected to loading. The member’s shape, under loading, changes in conjunction with the foil strain gauge which alters the resistance across the gauge. A change in resistance, in relation to the foil gauge’s calibrated nominal resistance, equates to a change in strain that can be measured. Foil gauges register tension as an increase in electrical resistance and compression as a decrease.

Linear variable differential transformers are used to convert mechanical motions/vibrations into an electrical signal that can then be used to determine displacement. The transformer is comprised of three coils, one of which acts as the primary coil and the remaining two act as secondary coils, wound in a cylinder. These two secondary cores that flank each side of the primary core are wound in series, but in opposite directions. The core is a ferrous metal tube that is free to move and is conjoined, via a shaft, to the member being measured for displacement. Whenever the magnetic core is at the center of the transformer, the induced voltages are equal in amplitude and out of phase by 180 degrees and in effect cancel each other out; however, when the member experiences displacement from the loading, the magnetic core attached to the member via a connector shaft will likewise move to one side, inducing a higher voltage in one of the two secondary coils on each side of the center primary coil. The differential voltage output between the two secondary coils indicates the amount of movement the member experiences. Direction of the displacement can also be determined by accounting for the phases of the secondary coils in relation to the primary coil. 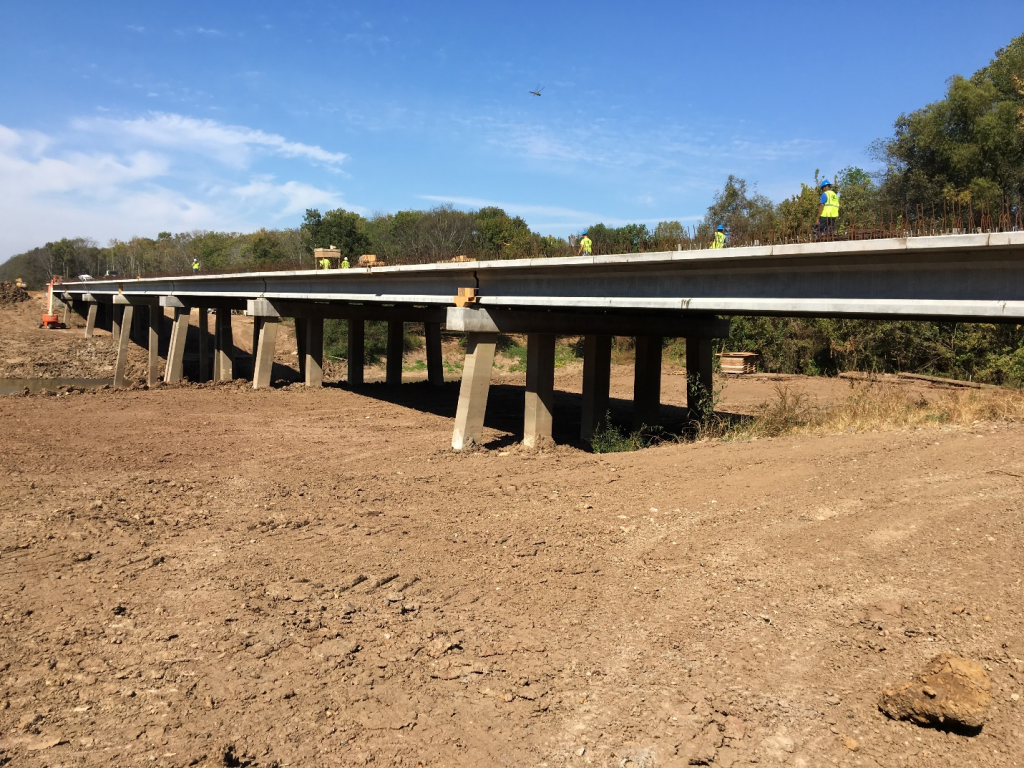 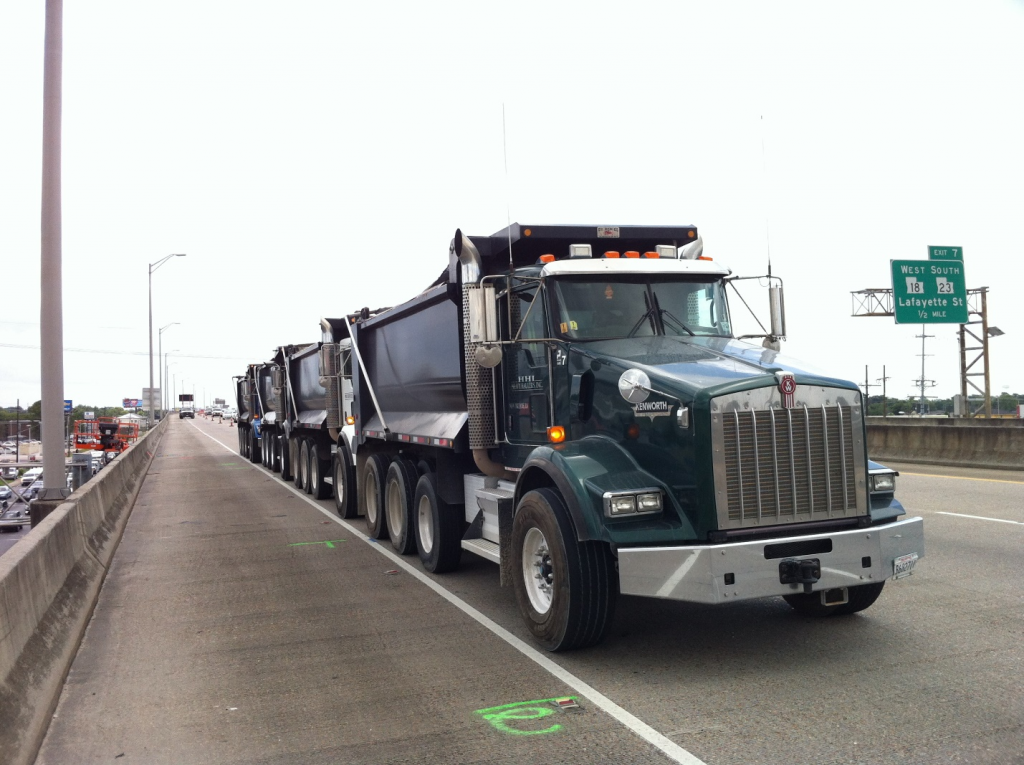 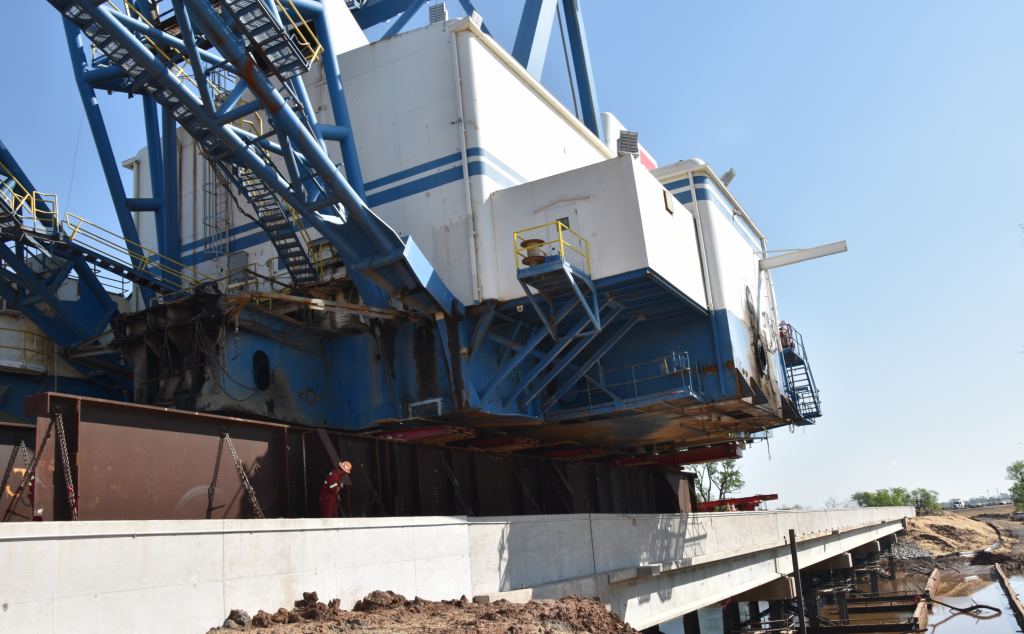 SDR’s engineers are experienced in the application of Non-Destructive Testing (NDT) for bridge inspection. NDT has many applications in structural engineering and serves an important role in properly assessing the integrity and adequacy of an existing structure. It is an effective solution in cases where bridge plans are unavailable, visual inspection is limited, and/or for confirmation purposes. NDT services that we specialize in include: ground- penetrating radar, chloride ion penetration, ultrasonic testing, radiographic testing, and infrared testing.

SDR’s engineers and technicians are seasoned in field diagnostics and proof load testing as well as Non-Destructive Testing (NDT). In addition, SDR offers structural health monitoring of bridges, using wireless sensor technology, including analysis and evaluation of collected data and periodic reporting. The advanced knowledge of SDR’s staff in the areas of materials science and long-term material performance is utilized to offer materials engineering and testing services.

Ground-Penetrating Radar (GPR) can be used to determine the size and location of elements embedded in existing concrete. GPR is typically used when the original plans of the structure are not retrievable or to verify the location of rebar and clear cover. GPR can be used to determine the location of rebar, post-tensioned cables, voids, corrosion, depth of concrete cover, and asphalt overlay thickness for an existing structure. GPR detects the rebar by sending a radio wave into the host material, such as concrete, and receives the reflected radio wave of the different material, such as steel. Corrosion and voids are detected by the GPR waves being scattered and reflecting with less energy than intact rebar.

Chloride ion penetration testing is used to determine the total chloride ion content in concrete. This test involves taking a core sample or a powdered concrete sample from the existing structure in accordance with AASHTO specifications. The sample is then analyzed; the results are used to model the progression of damage in the system and determine the cause of deterioration.

Ultrasonic testing uses high-frequency ultrasonic waves to evaluate flaws, dimensional measurements, and material characterization for members of an existing structure. In ultrasonic testing, an electric pulse is produced, penetrating through the material in the form of waves. The concept behind this process is to measure the travel time of the wave in a medium and correlate it to the elastic properties and density of the material. When the ultrasonic wave reaches a discontinuity in the tested element, the wave will be reflected, resulting in higher travel times. These discontinuities can be cracks, inclusions, or pinholes. The ultrasonic flaw detector can rapidly and accurately inspect, locate, and evaluate various defects.

Radiographic testing is used to detect hidden flaws with the use of gamma rays or x-rays to generate radiographic images. This test is used to determine surface and subsurface defects, confirm the location of hidden features, and measure the thickness of structural elements by sending radiation from a “source” on one side of the element to a “detector” on the opposite side of the element. The amount of radiation reaching the detector is affected by the density of the material that the radiation is penetrating. An image is produced on the detector showing internal features of the material caused by variation in radiation received along the detector.

Infrared testing is used to detect defects in members based on surface temperature variations. Infrared testing measures the thermal radiation of materials, controlled by three main properties: specific heat capacity, mass density, and thermal conductivity. This test can be used to determine subsurface delamination, corrosion damage, debonding, voids, and inclusions. These defects have different thermal conductivity and thermal capacity than the surrounding concrete, causing temperature variations, signifying an inconsistency in the tested element. 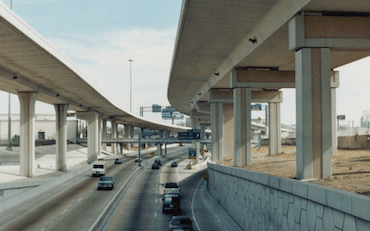 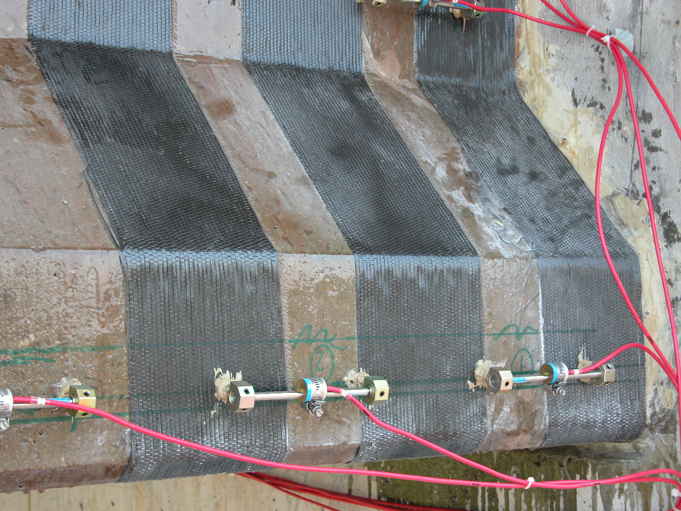 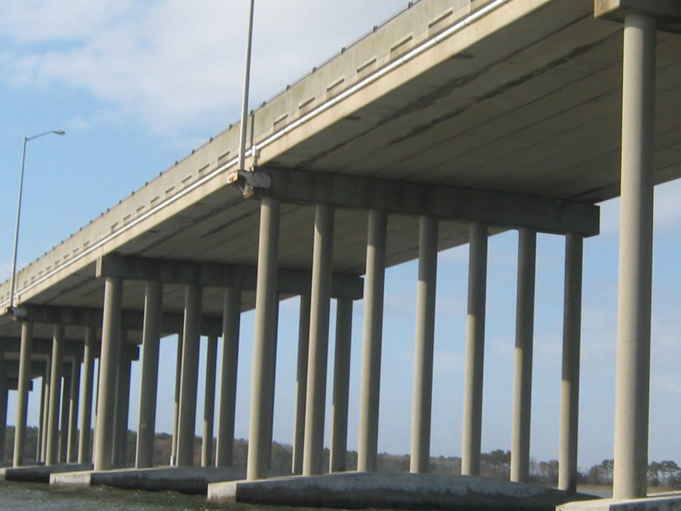 Vehicular impact against infrastructure and emergency situations are a common occurrence in today’s roadway and interstate systems. For this reason, SDR stands ready to quickly assess damaged or failing systems, and to provide solutions to restore the structural integrity of structures in a quick and cost-effective manner. SDR has many years of experience responding to emergencies related to vehicular impact damage, as well as fire damage to high traffic volume bridges and other forms of infrastructure. Our SDR team will develop a solution with the most suitable tools for emergency repairs. Last year alone, SDR successfully completed the emergency repair of five (5) bridges.

Techniques commonly used by our engineers for repair services include the application of advanced composite materials (FRP & CFRP), concrete patching, and heat strengthening. FRP is an economically viable alternative to traditional repair methods/materials, due to the high strength-to-weight ratio, stiffness, and durable qualities of FRP. Our repair methodology implements carbon as the fiber of choice in the FRP system (CFRP) for emergency repairs. All applications of CFRP are coated with a UV protectant coating to promote longevity of the CFRP repairs. We also offer services in concrete patching for spalling and impact damage, splicing of prestressing strands to restore the strength of prestressed concrete, as well as providing detailing and oversight of heat-straightening of damaged steel members. Moreover, we also provide services in the implementation of Self-Propelled Modular Transportation (SPMT) vehicles in infrastructure projects and bridge jacking
. 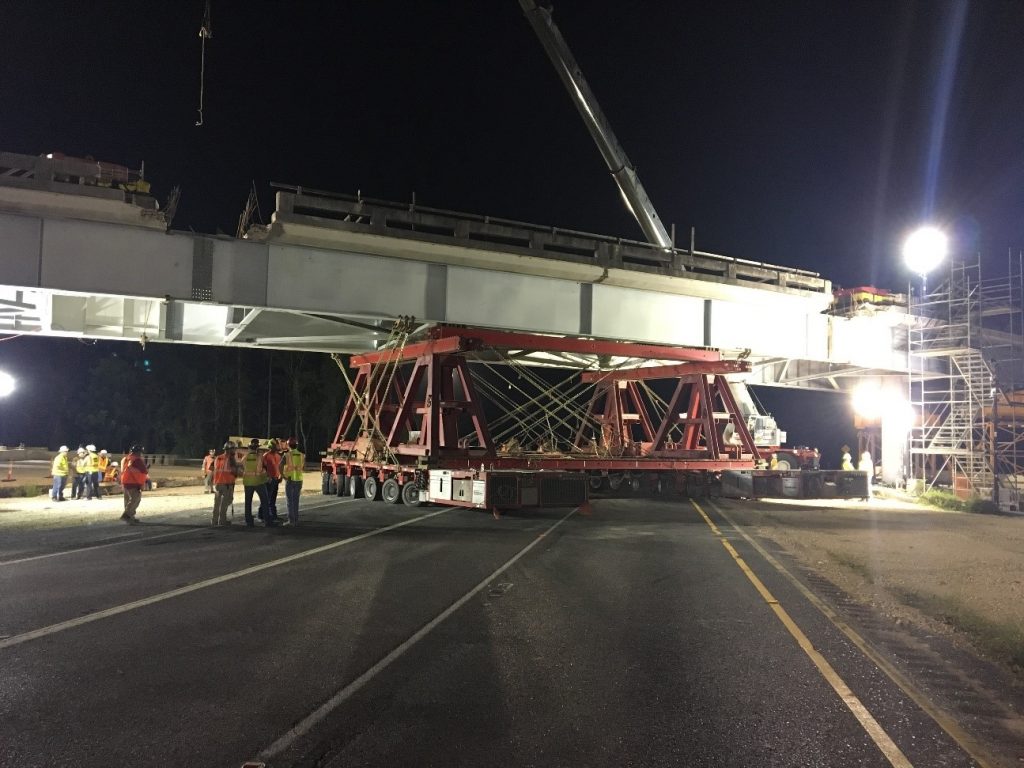 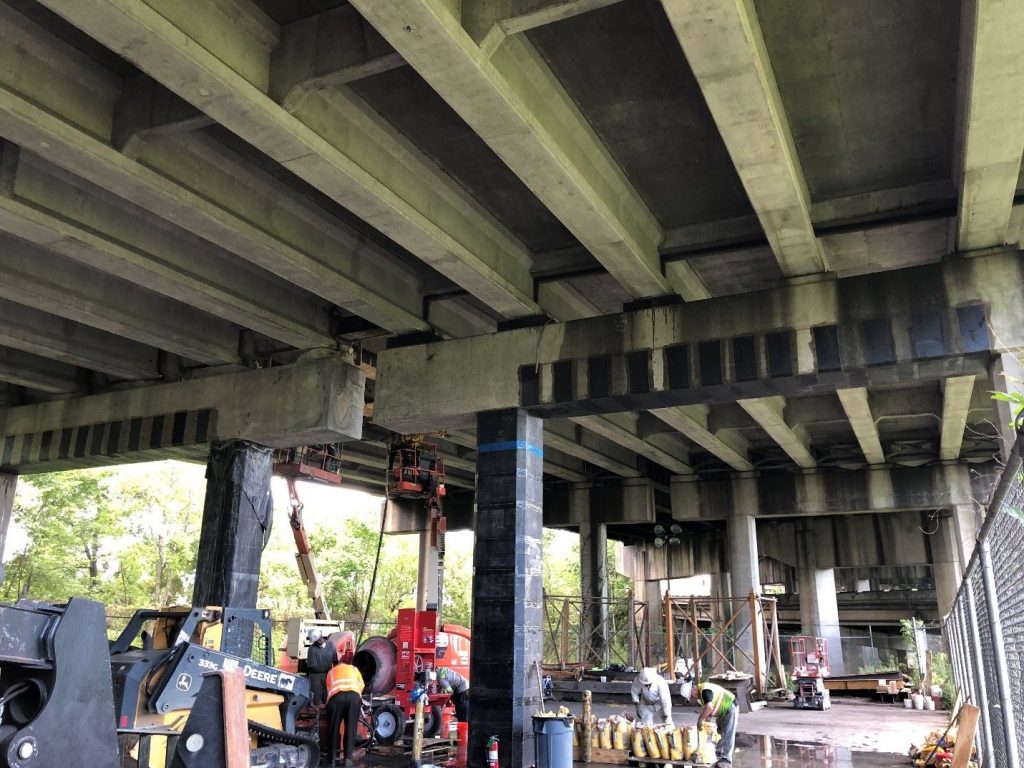 I-10 AT HIGH RISE BRIDGE 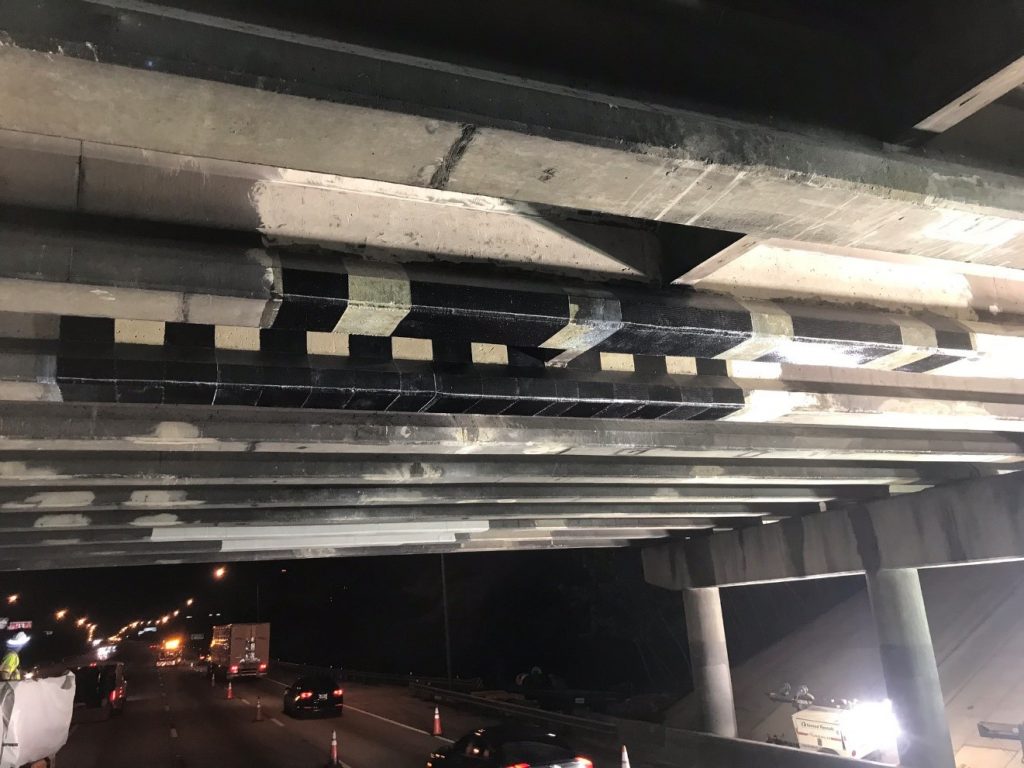 Since its founding, SDR has been involved in conducting original research on behalf of our clients and to further advance the field of civil engineering. A large number of our staff hold advanced engineering degrees and have a strong background in graduate level research, helping to further our efforts to innovate and meet our clients’ needs. Led by our senior staff members, SDR has produced nationally recognized and award-winning research in the field of structural engineering. The accuracy of our research results has established our company as a reliable source in the creation of code development and standardized designs/plans through our meticulous attention to detail and engineering principles.

Modeling techniques commonly employed by our team for refined analysis incorporate two-dimensional grillage models and three-dimensional shell models. Sensitivity studies are conducted to better understand results and develop optimal modeling techniques to most accurately represent the behavior of the structure. Our team can analyze both static and moving loads acting on a structure using linear or nonlinear analysis where needed. FE modeling is regularly implemented in our research and design projects to conduct parametric studies to investigate a multitude of design alternatives. Our finite element parametric studies have been the basis for research involved in the design of standard girders, as well as the formulation of original distribution factors. 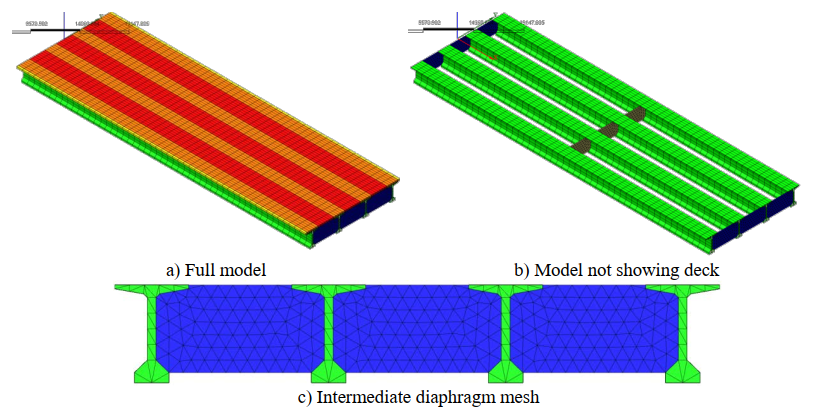 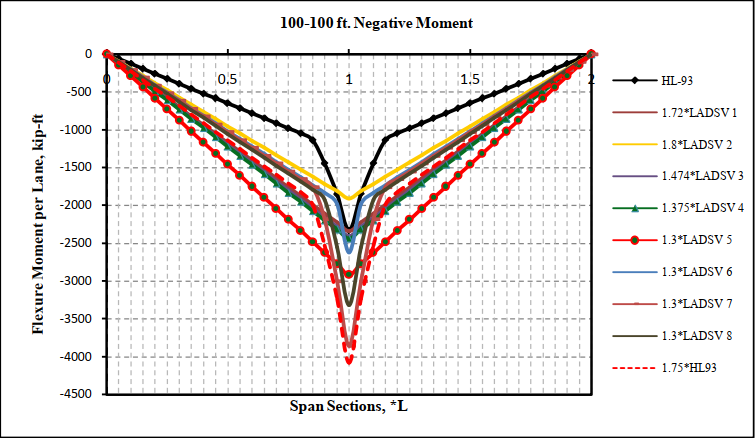 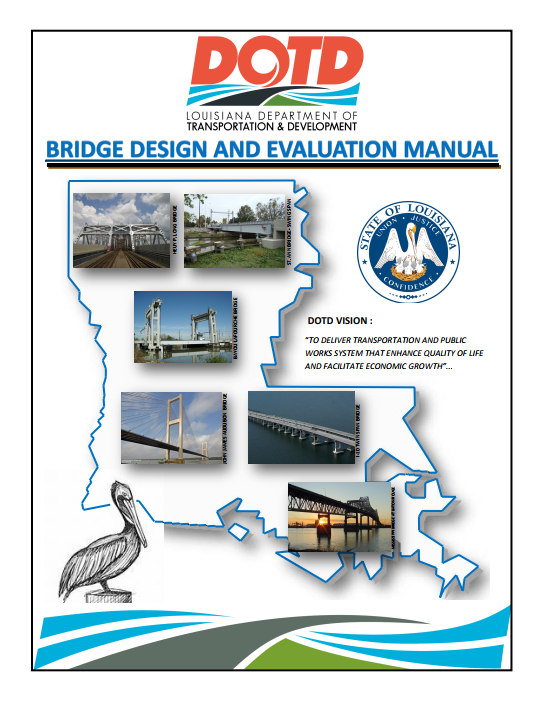 We are at your service