Structural evaluation through load testing coupled with advanced Finite Element Analysis (FEA) is a powerful tool to load rate posted bridges with the aim of removing current posting. Based on SDR vast experience in structural evaluation and load testing, bridges can carry much higher loads than those predicted by design codes. Load test captures actual behavior of the structure (load distribution) and account for strength enhancing factors not included in design

The Mermentau Bridge is located along Louisiana State Highway 82 and crosses the river at Grand Chenier in Cameron Parish – Lake Charles. The bridge was built in 1959. The bridge main span is a swing steel low truss (Pony Truss) with a span length of 204 ft. The posting was controlled by the upper chord truss members.

To watch Dr. Zhiyong’s seminar for “Load Testing Evaluation and Load Rating of Movable Bridge”, use the link below. 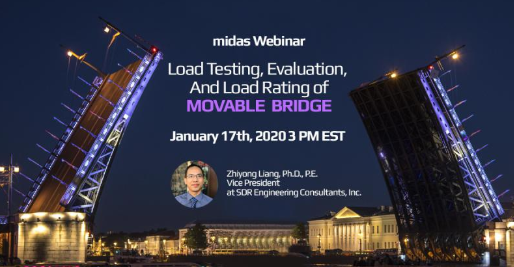 SDR wish you and all your beloved ones a blessed and Happy Thanksgiving holiday!

To watch Dr. Seliem seminar for “Structural Evaluation of Concrete Slab/T-Beam Bridges Through Load Testing & Refined Analysis”, use the link below.